DARPA’s hummingbird-inspired drone carries a video camera and can be used for surveillance purposes. Via: DARPA / Wikipedia

Birds have remarkable flight abilities … they make it seem effortless, but designing a drone to do the same is anything but. It’s a major feat of engineering to harness a bird’s evolving talents and translate them into a robot capable of delivering packages to your doorstep. By understanding how birds have mastered the ability to melt and dive, [Stanford professor David] Lentink and his team [of mechanical engineers] hope to inform the design of microdrones.– Al Jazeera

Similar to biomimicry (and its corresponding area of ​​architectural thought), bio-inspired design draws inspiration from biological systems, although it involves non-mimetic simplification, enhancement, and adaptation of observed phenomena rather than their replication. Bio-inspired robotics, in particular, is a rather new field, although its origins can be traced back to early engineering projects. For example, Leonardo da Vinci studied birds, especially kites, when he drew plans for wings that could allow human flight. 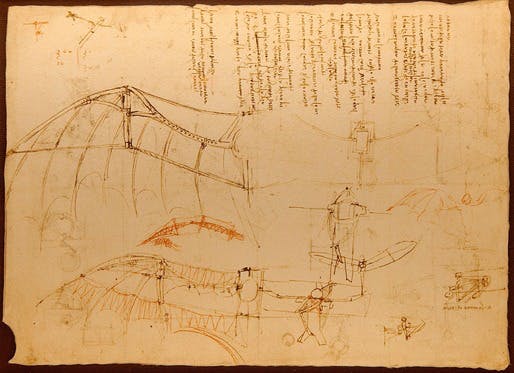 The US military is a major player in the field of bio-inspired robotics. In 2011, the Defense Advanced Research Projects Agency (DARPA) released images of its own hummingbird-inspired drones, pictured above. Manufactured by AeroVironment, the Nano Air Vehicle is able to fly along three axes of motion as well as hover in the air. Equipped with a small camera, the 19-gram drone is small enough to monitor without drawing too much attention. 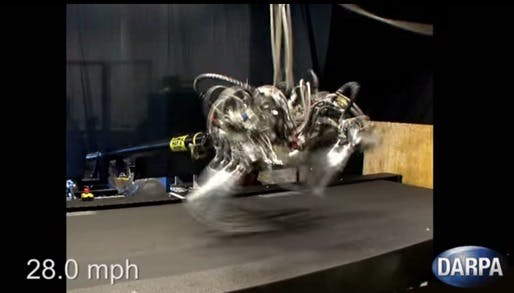 DARPA studied cheetahs in their design of fast robots, aptly named Cheetah Bots. Pointing at speeds of up to 28.3 mph miles per hour, the Cheetah Bot can run faster than Usain Bolt, widely considered to be the fastest human in the world. Program manager Gill Pratt told National Geographic, “Our Cheetah bot borrows ideas from nature design to inform stride patterns, flexion and relaxation of parts like the back, limb placement and stability. What we’re earning through Cheetah and related research efforts are technological building blocks that create possibilities for a whole range of robots suitable for future Defense Department missions. “ 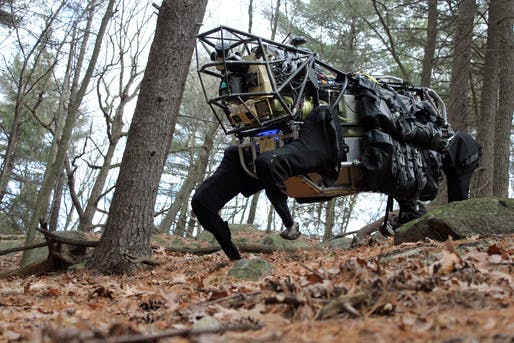 Perhaps the scariest animal-inspired robot I’ve ever seen, the Legged Squad Support System (or LS3) is designed to serve as a military mule, capable of carrying ammunition and other supplies to help lighten the physical loads of its human counterparts. The LS3 already has the ability to track humans and would, ideally, be able to respond to non-verbal signals.

Meanwhile, RFID (Radio Frequency Identification) technology is increasingly installed in domestic dogs and cats as implantation of microchips. About the size of a grain of rice, microchips can store information about the animal’s owners as well as its medical history. While they already seem banal, these technologies are increasingly blurring the boundaries between nature / technology, animal / robot and even man / machine. In the cities of the future, will cat-cyborgs hunt nano-drones?

The LS3 is designed to be like a pack mule, carrying heavy loads for soldiers over rough terrain. Via: DARPA

DARPA’s Cheetah Bot is able to run faster than the fastest human. Via: DARPA